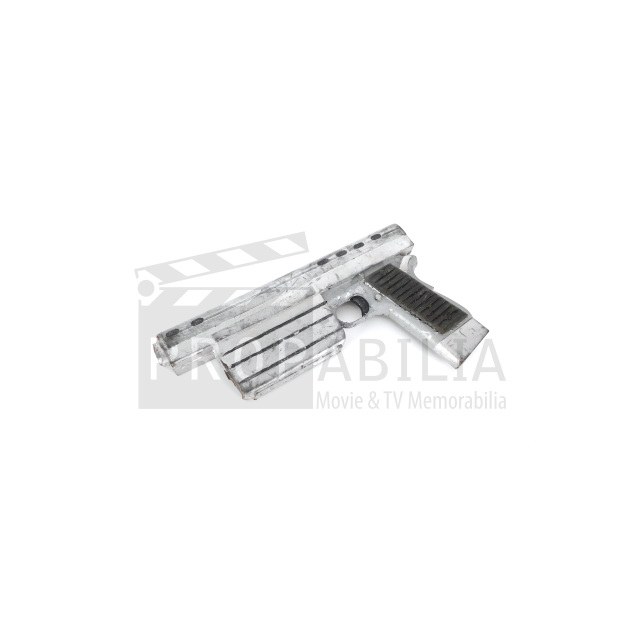 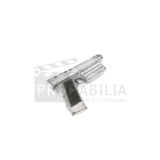 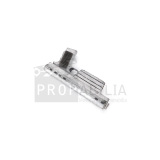 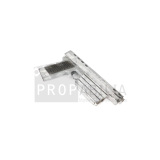 This gun was acquired by the production for use in 'Runaway' (1984).

A prop pistol used in the films production. This piece is made from rubber for use in stunt scenes.

Runaway is a 1984 American science fiction action film written and directed by Michael Crichton, starring Tom Selleck, Gene Simmons, Cynthia Rhodes and Kirstie Alley. Selleck portrays a police officer assigned to track down dangerous robots, while Simmons is a scientist who hopes to profit from his malevolent manipulation of robots.