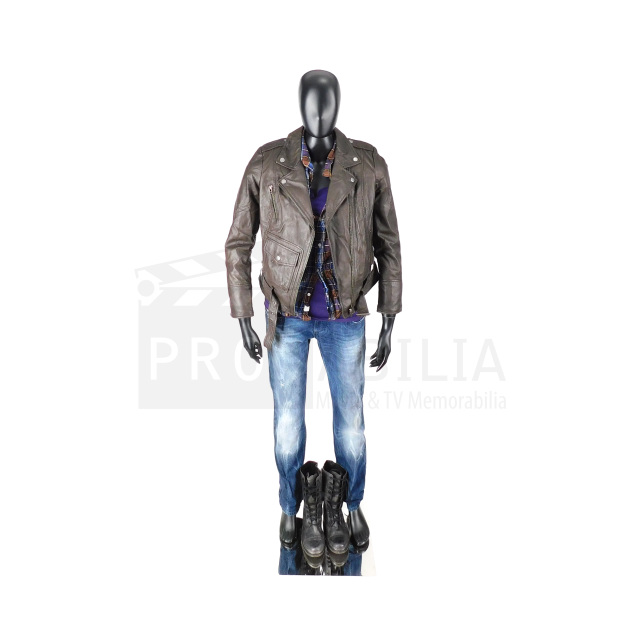 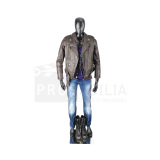 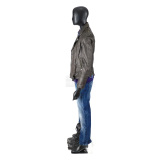 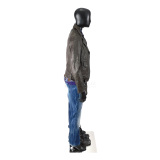 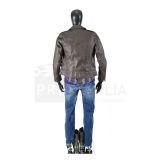 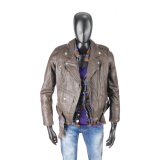 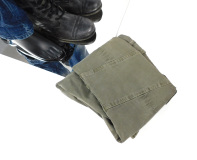 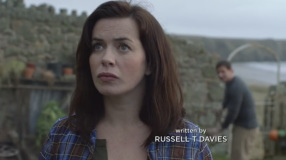 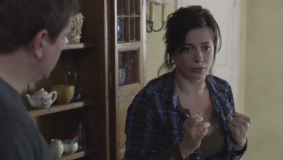 This Gwen Cooper costume was acquired by the production for use in 'Torchwood: Miracle Day' (2011).

The outfit consists of a brown leather jacket, pants, check shirt, purple shirt, and boots. The jacket and pants were worn in the beginning of the series, most notably in episodes 1 and 2. The purple shirt is from later in the series. Also included is a pair of extra pants.

Written markings are absent from the clothes as the pieces were originally marked with adhesive labels (see other items for an example).